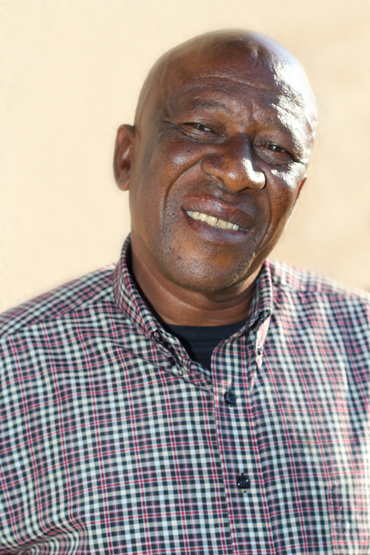 Back to our Team Page

Mosala has a passion for writing about African customs, traditions, folk-lores and beliefs as an attempt to preserve Africa’s heritage that will benefit generations to come. His core interest is not only to write in Indigenous language but also uproot the innate talent and potential of the youth and the entire citizens of this country through imparting knowledge and skills of drama and poetry writing. This, he believes will groom the youth in particular to pursue their desired objectives and aims to become professional and effective drama and poetry writers.

Mosala was a High School teacher in Mafori Mphahlele in Soweto (Gauteng) in 1981 to 1983. He relocated to the North West Province and served as the Head of Tsope High School for 6 years and thereafter, worked as a Lecturer at Tlhabane College of Education for 10 years.

He then retired from teaching/lecturing and started his own small business until he relocated to Midrand in Gauteng Province in 2000.

He has since then been writing short stories, comedies, dramas and poetry, a field he is passionate about and thus far, he has written twenty one (21) books, twelve (12) of which are children’s collection, all of which are published by Mosala-MASEDI Publishers and Booksellers cc.

Mosala participated in several SABC Media projects. He won the SABC 2 Lentswe Poetry competition in 2005/6 and his poem, Ditshwanelo le Boikarabelo was aired for about 18 months.

He was in a panel of adjudicators of the City of Joburg Library and Information
Services (JoLife) Literary Competition for the youth, focusing on Setswana scripts, in 2007/8 with enormous success.

He also took part in filming of his biography by Mantswe a Bonono, filmed by Free Range Films, whose insert was aired on SABC 2 in 2007/8.

On 05 April 2008 he was involved in the Joburg Literary Festival Writing Development Workshop in Soweto.

He also participated in a variety of topics for discussion on a several occasions on Motsweding Radio Programme/slot namely; Rata Segaeno, o se tlhoe sa ga ope” in 2008.

Mosala is currently the sole author, poet and also Managing Member of MosalaMASEDI Publishers and Booksellers cc, mainly responsible for Operations and Marketing of books, posters and related material.